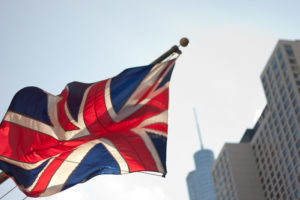 Three months after the Brexit came into force, the British government published two documents in March to set out the direction and allocate the resources of a cross-departmental strategy integrating security, defence and development policies with the country’s foreign policy. This exercise enabled the Prime Minister, Boris Johnson, to clarify the meaning to be given to the Global Britain concept, which emerged in the aftermath of the referendum sealing the UK’s departure from the EU in 2016. The knowledge of these documents is essential to appreciate the future of a UK/EU relationship to be built and more particularly that to be developed between France and the United Kingdom, linked by common interests, a bilateral security treaty, an alliance within NATO and which, depending on the field, are allies, partners or rivals.

What alliances for France?

The question of alliances is not so much about who to ally with or against, but about what to ally oneself with. It is true that the institutions inherited from the 20th century remain useful for France, whether it be the UN, the Francophonie, the Atlantic Alliance or the European Union. However, none of them responds to the integral strategy needed in the face of a current conflicts below the threshold. These instruments must therefore be supplemented by other alliances, more fleeting and less structured, but still flexible.

Lorgnette: Europe on a sofa

Commentators were very critical of the Turkish leader, who was suspected of having engineered this bad manners. Then it was Mr Michel who was criticised, accused of machismo. In this case, the fault lies mainly with the EU. Erdogan is accustomed to putting only one chair at his side when he receives a head of state, and he could hardly have put two at the risk of appearing dominated. Moreover, he is currently trying to reconcile himself with the Europeans.

In this case, the Byzantine convolutedness was European, not Turkish. 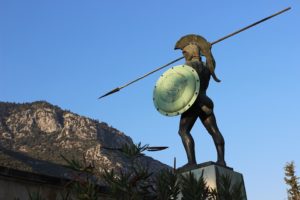 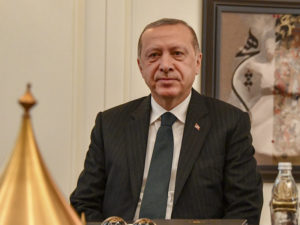 Dying for Warsaw or for Brussels?

Polish politics are often pointed at and the news about the blocking of the European budget is clearly a crisis. But before judging, wouldn’t it be on our side a lack of understanding of a Poland that is more rational than it seems?

What does Erdoğan tell us?

R. Erdoğan is today portrayed by some as France’s main adversary. Provocation is an art that must be decoded in order not to fall into its trap. The Turkish leader is a skilful politician who has been in power for more than fifteen years and is now changing his internal base. This motivates a large part of his current foreign policy, whose major point of friction is in the Eastern Mediterranean. A good diagnosis of the situation makes it possible to envisage the strategic direction to be taken.

Of course, as with every such deadline, the elections of 2022 will not affect our diplomatic activity and our external military actions. Obviously, health, social and economic issues on the one hand, and public order, internal security and domestic terrorism on the other, will be the core of the electoral reactor of 2022. For all that, should we consider that everything has already been said by what has been done and that there will be no external issues to consider for the coming election?

Certainly not. The world is changing so fast today, from Washington to Beijing, from Moscow to Tehran and Ankara (see above), from London to Berlin, from Algiers to Bamako…

La Vigie is preparing to take stock in 2021 of the major issues of France’s security and defence, both internally and externally.

It will examine its diplomatic posture in Europe, the Mediterranean and the world, its military capabilities and operational activities, and its general strategy of presence in the world. This work will provide input for future political projects and will help inform the voters’ judgement in 2022.

Photo crédit : US Dpt of State