We are pleased to resume our series of strategic dossiers, which we had somewhat neglected recently. So here is a nice 37-page issue on Covid and strategy. It prepares our end of year issue (the 157) with its traditional “aide-memoire to the king” which will evaluate this year 2020. 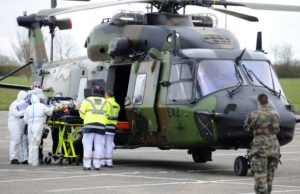 The Covid 19 pandemic will undoubtedly remain, without a doubt, as the highlight of this year 2020. La Vigie spoke about it early on (see the prelude) and then devoted many articles to the subject, from March to May. We thought it would be interesting to bring them together in a single, organised document.

A first introductory part recalls some factual elements and the first conclusions drawn. A second part gives an overview of the regional experiences of this pandemic in Europe (Italy, Poland or the EU) but also abroad (China, USA). The third part offers some strategic comments on this crisis, while the fourth part examines the French perspective. Finally, to conclude, a fifth part brings together a few mood notes, many of them taken from the Cadet.

We hope you enjoy reading them. 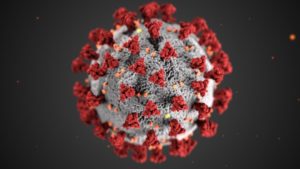 Covid-19 reminds us of forgotten notions, such as the “Bacteriological” of the CBRN. Various response strategies have been implemented (fixing, blocking, slowing down) that put in tension the normality of systems in the face of chaos. The crisis is accelerating the current turning point of globalization because, beyond the harsh economic crisis that is coming, new frameworks for a different regulation will have to be installed. The crisis is not only a health crisis, it brings us back to the essential.

Europe and its West

Lorgnette: War on the virus?

During his televised speech on 16 March, the President of the Republic called for national mobilisation in the face of the Covid-19 pandemic. It is not a question here of criticizing the exceptional measures that have been taken and which correspond to an extraordinary situation. On the other hand, the RP has declared on six occasions that “we are at war“, specifying only once that it was a health war. The search for a theatrical effect to mobilize the population can be irritating. It shows a lack of reflection on war.

At La Vigie, we regularly speak out against the abusive expression “war on terrorism“, imported without reflection from across the Atlantic and constantly used, because it fails to designate an enemy that is primarily political. In this case, the enemy is a virus! If we are at war, will the RP therefore call Parliament to implement Article 35 of the Constitution (The declaration of war is authorized by Parliament)? This is only emphasis, we will be told: a figure of speech. But war is neither a figure of speech nor an artifice of communication. Communication does not take the place of strategy.