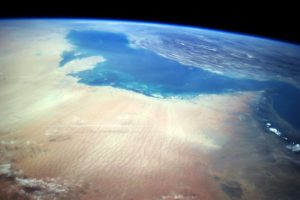 Take stock of the situation

Taking stock of France’s strategic perspectives is a periodic necessity, especially when the scene is lively as it is now. To do this, it is necessary to step back and cross-reference the main lines of force that can be observed. We have identified six of them, which, overlapping each other, provide the framework within which France can act. But is it prepared and willing to do so?

Saudi Arabia is a new country that has long sought to control its neighbourhood, including the Arabian Peninsula. This purpose has been reinforced by the question of political Islam, which has been structural since the founding of the kingdom. A final factor, oil, is added to these determinants. This results in an attitude that is difficult to follow in a highly troubled region.

Behind this acronym in the name of petroleum is a formidable mobile war machine capable of influencing the planet’s strategic balances and controlling vast strategic areas to defend our interests and ensure that our views prevail. The PANG is the new generation aircraft carrier. It will enter service in 2040 for 40 years and will serve what is called France’s power projection in the last quarter of the 21st century.

Anticipating the renewal of the CDG AP means both measuring its contribution to the country’s current external action and projecting itself into 2060 to imagine the conflict of the time and face it. Vast challenge, necessary and realistic. No one doubts the strategic centrality of the Indian Ocean, the Mediterranean of tomorrow, and the Asia-Pacific region; economic activity will be decisive there and France and its European neighbours will be increasingly concerned. There is no doubt either that we will have to regulate this key maritime space for the development of the planet, we will have to move quickly in combat gear and be able to arbitrate tensions there. Who in Europe will be able to do it? France with its PANG! (To be continued)