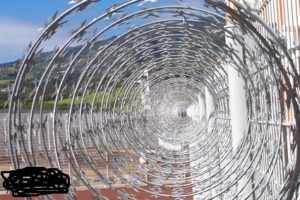 The current conflicts are often the result of the inability of international society to enable communities to establish themselves as viable and stable states. The reason is to be found in the dislocation of empire systems that leave orphaned peoples, in the inconsistent diversification of international law and in the transformation of international actors. To regulate global tensions, we must offer everyone the perspective of the state they need.

The notion of threshold has been well known to strategists since the development of nuclear deterrence. Below the threshold, we would live under the reign of conventional warfare. Yet, in the post-Cold War world, this category struggles to explain all the conflicts we have experienced over the past thirty years and, above all, the latent but intense conflict of the contemporary world. It is therefore necessary to determine a new threshold, well below the nuclear threshold: it allows a better understanding of the conflicts of the moment.

There was to be a summit in Paris in early July between Serbia, Kosovo, Germany and France. It was cancelled. The diplomats hoped to resolve a political dispute that had been dragging on for 20 years: the separation of Kosovo from Serbia. There was a conflict, a NATO operation and since then things have calmed down: the time has come for negotiation.

We know the principles, since both Belgrade and Pristina agree to proceed with territorial exchanges. However, this ancestral practice seems extremely complicated to carry out.

The first reason is public opinion, whether Serbian or Kosovian. However, prior media preparation should succeed in overcoming the obstacle. Secondly, the two capitals have recently adopted blocking measures that will have to be lifted to allow discussion: the ultimate firm stance before the negotiation, or lasting stiffening? To see. Finally, Germany is not very much in favour of the principle of land exchange. This is the most embarrassing, because it introduces a principle of the inviolability of borders that is pernicious and counterproductive.

So let’s make way for diplomats….