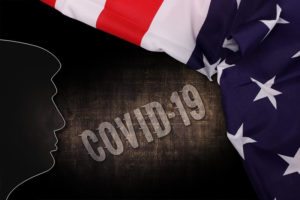 A few ideas for France and Europe for waiting to prepare for a form of strategic recession on the planet and get out of a few probable impasses. The world according to the coronacrisisremains undetermined for some time.

Covid in America: the flip-flop

America is now the epicentre of the global pandemic with exceptional figures confirming that it remains the country of all extremes. The political, economic, military and diplomatic consequences are already numerous. However, this crisis is accelerating the turning point that has already begun in the 21st century, that of leaving American centrality.

Coronacrise precipitates events. By a trick of history, the pandemic that strikes the royal families of Saudi Arabia causes in Riyadh a notable evolution: that to stop the expenses in Yemen.

Everyone knows that this war was ordered by the impetuous Mohamed ben Salman, who believed he could easily and by force resolve the Yemeni imbroglio. This conflict, which has been going on since 2015, has led to the intervention of a Saudi coalition. It has never managed to achieve its goals, including that of driving the houthists out of their positions in the North of the country. The conflict has caused more than 110,000 deaths and the worst humanitarian crisis of the moment.

That is why the Kingdom offered a ceasefire last week, which was rejected by the houthis, who never believed the Saudi offers and are in the process of retaking Marib province. They are in a position of strength and de facto, Arabia finds that it has lost the war. The issue at stake is how to settle the accounts and manage relations with Iran. But a first case of Covid 19 in Yemen risks accelerating things and pushing the Saudis to withdraw unilaterally.

The religious bias, implicit or explicit, always affects the strategy. To be convinced, an overview is sufficient in Europe as in Asia. But the religious fact can also serve as a mask to the cynicism of states engaged in their power policies. As for the new civil religions, the law and the climate, their approximations also affect the strategy.

Several operational lessons can be drawn from the conflict in Yemen, which has been going on for more than four years. In particular, it is much more symmetrical than it seems, there are de facto two juxtaposed coalitions, the Emirates are more agile, the air strategy does not work when the naval embargo achieves results, among others. In other words, it is not an irregular war like any other.