A new strategic world is emerging

The war in Ukraine seems to be stabilising the fronts, which is a setback for Russia and a Ukrainian success. The strategic consequences will be long-lasting, notably by entrenching the West’s opposition to its Moscow neighbour. For all that, this war is not in itself a turning point but the ultimate revelation of a multiform crisis that has shaken up our strategic world for ten years.

Corruption, which is not generally included in the fundamentals of strategy, nevertheless invites itself into the debates as soon as it is implemented: the corrupter encourages those he corrupts to model their strategy on his own, or at least to make them compatible. Strategists are also affected, as their assessments of the situation may be biased or corrupted, making them less relevant.

Ah, dear novlangue… that which offers simultaneous and contradictory points of view. A delight in two recent examples.

COP27 is currently taking place in Sharm-el-Sheikh and developed countries would like emerging economies to finally stop their frenetic consumption of hydrocarbon energy – while the West reopens coal-fired power stations, Europe builds LNG terminals and buys shale gas from the US.

German Interior Minister Nancy Faeser (SPD) criticised Qatar and its protection of human rights two weeks before the start of the World Cup.

The Qatari Foreign Minister, Mohammed bin Abdulrahman Al Thani, reacted in an interview with the Frankfurter Allgemeine Zeitung: he feels irritated by the German double standard, which has nothing against Qatar when it comes to evacuating nationals from Afghanistan or buying Qatari gas or oil, but which gets on its high horse when it comes to sports…

Let us not mock too much: let he who has never sinned cast the first stone. 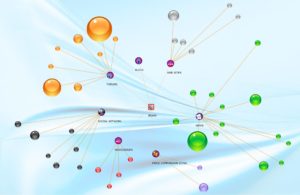 The growing importance of strategic intelligence

Strategic intelligence is an increasingly crucial activity for many organizations facing infobesity. It serves strategic objectives (anticipation, security and mobilization), does not only operate outwards and is not limited to improved documentation: it must take into account the contemporary hostile environment where information is both energy and weapon.

To read the rest of the article, click here

The reliability of a strategy is assessed with several indicators: its ability to manage uncertainty and assess possibilities, its pragmatism and agility in the face of the unexpected, its ability to combine determination and restraint… It is an essential factor in its sustainability and in the consolidation of the country’s security interests.

To read the rest of the article, click here

A coordinated attack by air seriously damaged a Saudi oil site on 14 September: it is not known whether they are drones or missiles or where they come from (Yemen, Iraq, Iran?) and who fired them. The reduction in production capacity has led to a surge in oil prices and affected markets. And yet, while the accusations flourished very early on, there was some restraint in Washington and Riyadh . Here, the bogging down in Yemen highlights the war limits of the kingdom, which cannot engage in an open conflict with its Iranian rival. Here, an already open election campaign is preventing President Trump from opening a new front, against the deep desire of his electorate.

Let us move on to the capacity limits of ground-to-air protection (detection and destruction) in the Saudi kingdom or to the surprising technical innovations of an aggressor capable of launching a salvo of devices operating several hundred kilometres away: let us note the boldness of this strategic initiative and its success, as it reveals the military and political limits of the American-Saudi alliance.