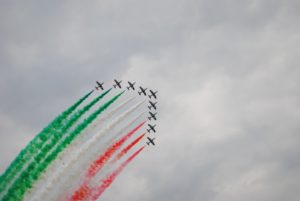 The end of the state?

It seems obvious to us that we live in a state. However, modern state organisation is the result of a long process and the contemporary rule of law is not a constant. Today, states are challenged by various means, which weakens and discredits them. How then can the legitimacy of the state be strengthened?

Contemporary Italy, heir to three Romas, is fundamentally Mediterranean and existentially European. These determinants do not prevent it from having a very deep alliance with the United States while maintaining a special relationship with Russia. In Europe, it has a complicated relationship with Germany, the result of centuries of experience. With the Brexit causing a reshuffling of European balances, this is a good time for a rapprochement between Paris and Rome, despite recent frictions and provided France forgets its condescension.

The violent death (in troubled circumstances) of Idriss Déby, the Chadian president, constitutes a geopolitical earthquake. It is first and foremost an internal one because, as a good despot, he had not prepared his succession. Without even mentioning the representation of popular aspirations, his system will be difficult to perpetuate and should re-launch rivalries between clans. Let’s remember that the conquest of power has always been done by arms, especially by the northern tribes.

But it is above all the regional balance and the French security apparatus that are weakened. In the military system left in Africa after the Cold War, N’Djamena has always occupied a place of choice thanks to its central position. It has been strengthened more than ever following the troubles in the Sahel-Saharan strip that have followed one another over the past decade, and particularly the intervention in Mali. It should be remembered that the headquarters of Operation Barkhane is located in N’Djamena and that the Chadian troops were the only effective ones in the G5 Sahel on which Paris is basing so much hope. By domino effect, all the countries in the region can now fall. This is bad news.