Certification of the Iranian nuclear deal, beyond political communication

1 – The Iranian nuclear question, central in political communication is not the heart of the Iranian problem. If Iran is confined, from an economic point of view, it is for a very different reason : the country is the laboratory for counter-globalization. If it bothers us, it’s because it has put in place an extremely elaborate ideological system extolling the re-establishment of border control, the perpetuation of identities and having globalism and its motor as a designated enemy. 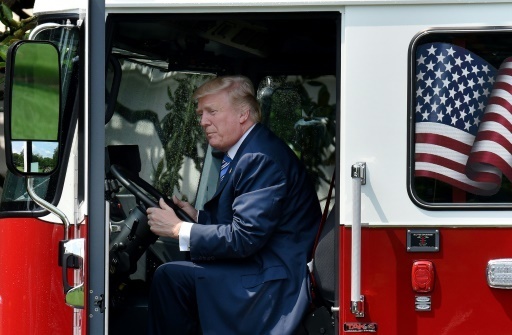 2 –  Since the beginning of his electoral campaign, President Trump has advocated an isolationist line for the United States, therefore opposing the warmongering neo-conservatism of Hilllary Clinton. But this opposition belies on one issue : Iran. On this particular issue, there is a switch in the position of the two former candidates :Trump wanting to dismantle the agreement wanted by Obama with Iran. The american president is therefore only faithful to the neoconservative line with regards to the Iranian question, that is no doubt non-negotiable for him. He cannot publicly support the driving force of counter-globalization.

3 – In the battle of power that is being waged in Washington, the isolationist positions of Mr Trump have been methodically undermined. His close advisors have been systematically pushed aside. The President is, for all intents and purposes, the next on the list. Incidentally, the question of impeachment is openly brought up with the republicans today. In this context, the non-certification of the Iranian nuclear deal is a token given to the neo-conservatives by Trump, allowing him some respite.

4 –  In Iran, President Rohani, who governs subtly in the center, being mindful to give his opposition some free space (thus how  Ahamadinejad came back onto the political scene), is the man who managed to negociate the nuclear deal. If this deal becomes null and void, the conservative opposition – who already consider him to be a traitor to Iran because of his ability to negotiate with his opponents – will take advantage of the situation to marginalize him. A  hardening of the Iranian State Apparatus would then follow. It is the reason why Israel doesn’t necessarily want to disturb the existing status quo, the geo-economic confinement of Iran, using the nuclear pretense.

5 – If the deals is not certified, we must see that the interpretation that Iran will have will be nothing like we imagined. Shaped by our Roman judicial culture, we would imagine a unilateral end and failure. Nothing of the sort in Iran where every deal is renegotiated infinitely until its death. The history of the oil contracts between Persia and Great Britain is proof of that to us. In any case the Iranians view Trump as an american version of Ahmadinejad. A man who makes a lot of noise but has trouble making any progress on foreign policy issues. They don’t expect anything of him. As a matter o fact, it is likely that certification or not, the impact on Iranian economy will be non-existent. Indeed, the previous agreement did not reopen Iran up to investments.