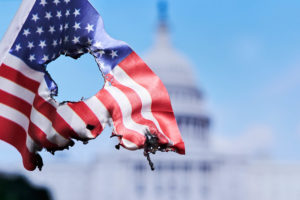 The events of 6 January in Washington mark a popular emotion, undeniably seditious even if it cannot be described as a coup d’état. It confirms the deep American division between radicals on both sides. It is also the occasion for censorship by the major social networks which questions their place in the democratic system. A heavy task awaits Joe Biden.

Chechnya hasn’t been in the headlines for the last 15 years or so, yet what happened to Chechens fighting Chechens in Syria, some alongside Russians, others in the EI? Today, however, let us note the Russian control that has regained control of it ciscaucasian space.

Russia declared on 15 January that it was withdrawing from the Open Skies Treaty, signed in 2002, which allowed the right to conduct and the obligation to accept observation flights over [the] other party’s territory to verify military activities and installations. Trump’s United States unilaterally withdrew last November (LV 143) to the chagrin of its European allies, who refused to accede to Moscow’s request not to transfer their observations to Washington. The United States had already withdrawn unilaterally from the INF Treaty (LV 112).

Open Skies marked the end of the era of Confidence and Stability Building Measures (CSBMs) that had irrigated international dialogue since the 1970s. The whole system of arms control and monitoring disappears: all that remains is the New Start Treaty (nuclear arsenal control), which expires on 5 February next.

The timetable is important: while Joe Biden will take command of the White House on 20 January, the Russian announcement constitutes diplomatic pressure to prolong New Start while affirming its resolution in the negotiations to come.