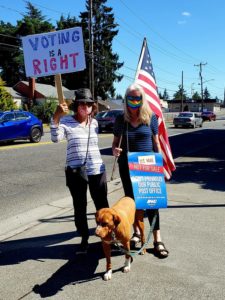 The US presidential election has kept the world’s media on tenterhooks. Many on that occasion decried American democracy. However, other recent elections (Belarus, Côte d’Ivoire) have shown unconvincing processes. On closer inspection, the American election shows a great democratic vitality, even if politically (but that is another matter) the transition crisis is likely to continue.

Frozen conflicts were an unwelcome legacy of the Cold War. Nevertheless, they are warming dangerously, one after the other, and the case of Nagorno-Karabakh is fuelling strategic thinking around hypotheses of symmetrical high-intensity conflicts.

It must be said that following the Islamist attacks of the last few weeks, secularism has been much talked about, rarely understood. First of all in France, where some people who take advantage of it understand it only as a kind of State atheism, which it is obviously not. But above all, the notion seems to some people to be the symbol of a “French universalism”: it must be said that this universalism is indeed French and very poorly understood outside.

This is true among our European and American friends. One only has to look at the journalistic treatment of the “big” American media, it is true that it is strongly influenced by the post-colonial, woke and communitarian ideology. Even Le Monde implies that this is excessive (here). But this famous “French model” is not understood by Muslim countries either, and the French reaction has been seen (and instrumentalized by some, notably R. Erdogan) as an official persecution of Muslims. Let us recall that French Muslims are those in Europe who feel best integrated into their country. And let us deplore the fact that our secularism is so badly assimilated, first of all by us, unable to explain it simply.