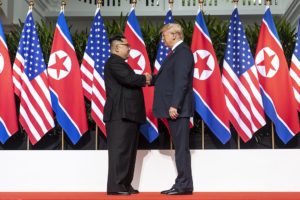 The recent Singapore summit between Presidents Kim and Trump resulted in a rather flat and uncompromising statement: yet both protagonists were very satisfied. However, this is not a “win-win” agreement, since basically everyone thinks they have deceived each other. In fact, beyond the nuclear issue (yet nothing less than anodyne), the most interesting lies in the ulterior motives of the two leaders. They did not say a word and no commentator has deciphered their real calculations. They are much more subtle than we think.

To save the idea of a minimal governance of the planet, we will have to introduce a dose of diversity in the principles and values that administer it, especially at the regional level because the universal always has a local color. To preserve the gains of the old multilateral structures that are going down (UN, NATO, EU), it will be necessary to focus on identifying the factors of peace and development that they carry. To contribute, France must be out of alignment.